Recently, the Wu-Tang Clan found themselves on the receiving end of high honor in their hometown after the group’s names was designated to a district in NYC’s Staten Island.

The ceremony commemorating the honor took place on Friday, May 4th at the intersection of Targee Street and Vanderbilt Avenue, officially renamed to Wu-Tang District, immortalizing the legendary group. 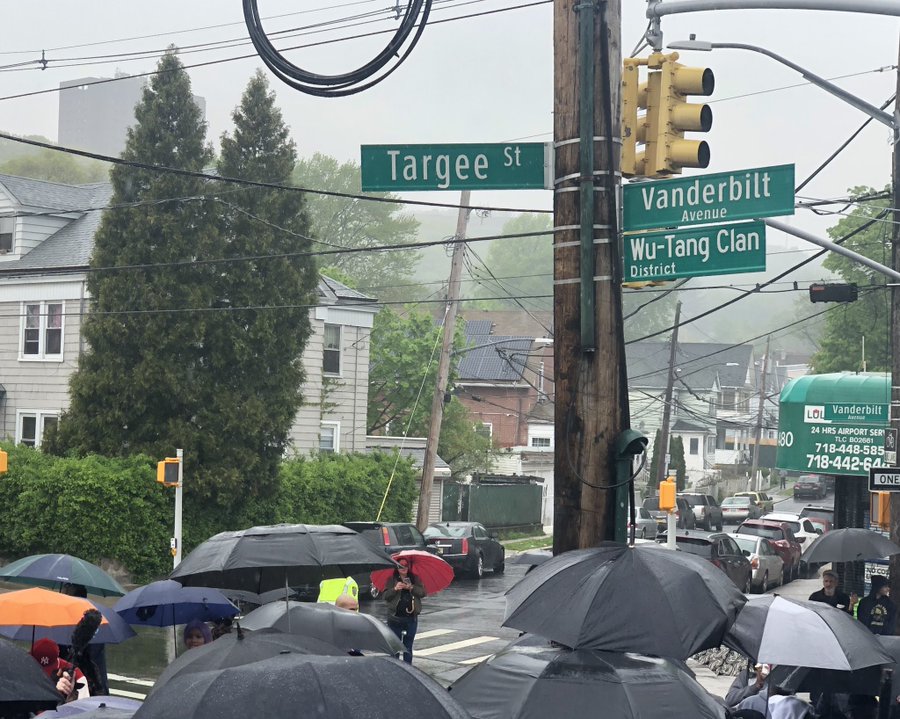 Ghostface Killah spoke at the unveiling of the street sign as fans gathered in the rain to celebrate Wu-Tang.  “I never saw this day coming,” he said. “I knew we were some ill MCs, but I didn’t know that it’d take it this far.”

The moment arrives ahead of the crew’s Gods Of Rap tour run, celebrating the 25th anniversary of their seminal Enter The Wu (36 Chambers) debut album. They’ll kill things off on May 10th in London before running through the summer alongside Public Enemy and De La Soul.