Antonio Brown is making the move to the East to join the New England Patriots with the wide receiver confirming the news via an upload to his Instagram page, revealing an edit of himself sporting a Patriots jersey with the caption reading, “@tombrady #GodsPlan#RewriteStory.”

It is Ian Rappaport who reveals that AB has agreed to terms of a 1-year deal worth up to $15 million with a $9 million signing bonus.

“Antonio Brown wanted guaranteed money,” tweet Rappaport. “The #Raiders took it away. The #Patriots give it — with a $9M signing bonus. This is just… exactly what you’d expect.’

Antonio Brown agrees to a 1 year deal worth up $15mil with the #Patriots. $9mil signing bonus. Wow.

7,582 people are talking about this

Antonio Brown wanted guaranteed money. The #Raiders took it away. The #Patriots give it — with a $9M signing bonus. This is just… exactly what you’d expect.

2,072 people are talking about this

While the news arrives ahead of the Pats’ matchup against the Pittsburgh Steelers–AB’s former squad–on Sunday, Brown will not be suiting up just yet as his deal does not officially go into effect until Monday.

This new development seems to mark the end of a rocky period in time as Brown’s relationship with the Raiders organization hung on by a thread what with a series of bizarre headlines from frostbitten feet to HelmetGate. Things would end with the team opting to release Brown, giving him the opening to join in on what the Patriots have going on this season.

Here’s Antonio Brown finding out the Raiders released him: 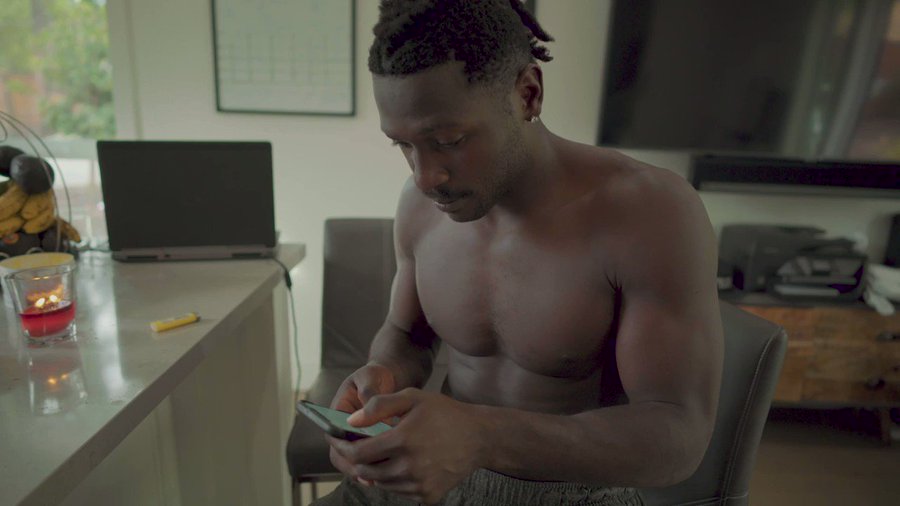