Imagine what it must feel like to be Megan Thee Stallion right now. Each new day brings serious blessings her way and perhaps the largest one has just fallen into her lap. Young Tina Snow has been levelling up all year and her fans are completely in love with everything she represents. First, she was promoting Hot Girl Summer, telling all her supporters to just go out and live their best lives. Now, she’s back on her school grind so it’s officially Hot Nerd Fall. As she completes her degree though, you better believe she’s pulling overtime in the studio and Roc Nation is there to help her out.

Announcing her new deal on Twitter, Megan Thee Stallion posted up with the legendary Jay-Z to tell everybody that she is officially a member of Roc Nation. Before today, the superstar rapper was signed to 300 Entertainment but she’s expanding her brand, bringing on Roc Nation to help guide her even further.

This move shouldn’t be surprising to anybody who has been keeping track of Meg’s moves. The H-Town Hottie is absolutely obsessed with Beyoncé so the fact that she would want to get close to her husband makes total sense. She was also spotted with Hov at a Puma event a few weeks ago so maybe they began negotiating then.

Officially apart of the @RocNation fam 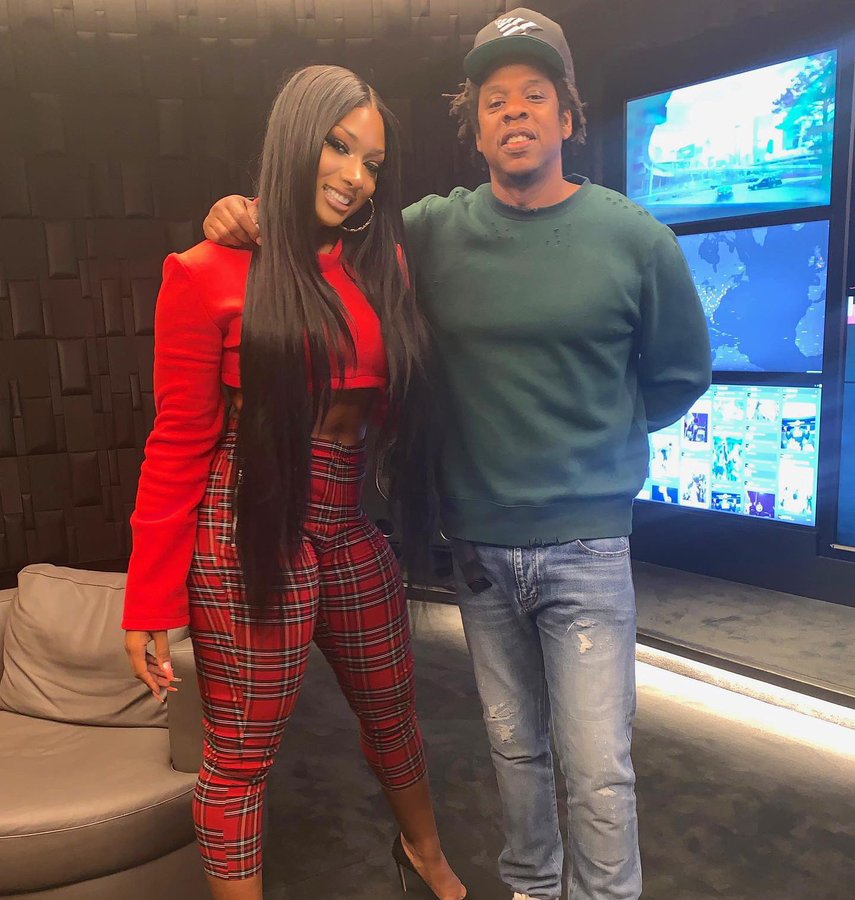