Inside the courtroom, many observers cried as Botham Jean’s brother forgave and hugged former Dallas police officer Amber Guyger, who had been convicted of murder in Jean’s death. Outside, protesters denounced the 10-year sentence Guyger got as too lenient.

The conclusion of the trial mirrored the gamut of emotions displayed during the week-long proceedings, with Jean’s parents taking the stand with poignant testimony about their son, Guyger saying she wished she were the one who was shot and prosecutors describing the former cop as negligent in missing myriad signs that would have tipped her off that she was on the wrong floor, in the wrong apartment.
Jurors convicted Guyger on Tuesday for murder in the fatal shooting of Jean. Wednesday, after hours of moving victim impact statements, the same panel sentenced her to 10 years in prison. She’ll be eligible for parole in five years.
After the conclusion of a case that has become part of the national conversation around policing and violence against people of color, a group demonstrated in the streets of Dallas against a sentence they saw as too light.
NAACP President Aubrey Hooper said in a statement that the organization saw the sentence as inadequate, but prayed that Jean’s family could find some closure with the conviction.
The trial brought several moments of pain before the powerful example of forgiveness. A video of Jean’s final moments, as first responders worked to revive him from gunshot wounds, was shown while his family was in the courtroom. They left sobbing, and Judge Tammy Kemp said she hadn’t considered the hurt it would cause his loved ones.
Then, Guyger took the stand to describe through tears the night she said she entered Jean’s apartment thinking it was her own and shot the man she thought was an intruder. She said she wished she had been the one killed instead. 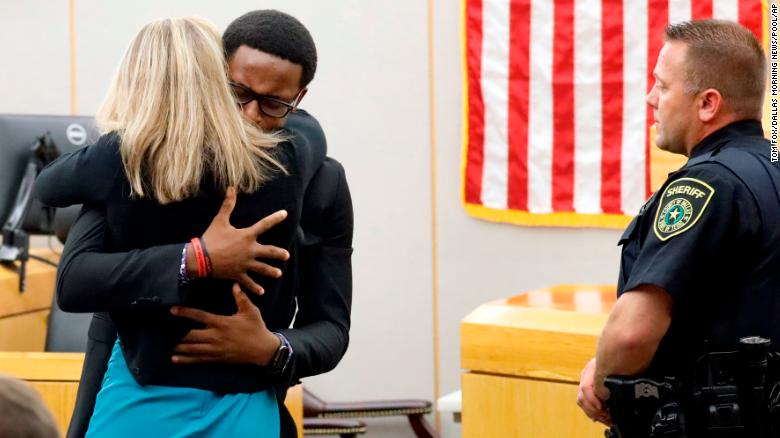 Botham Jean’s younger brother Brandt Jean hugs convicted murderer and former Dallas Police Officer Amber Guyger.
At the sentencing hearing, Jean’s brother, 18-year-old Brandt, asked the judge for permission to hug his brother’s killer.
“I don’t even want you to go to jail,” he told Guyger. “I want the best for you. Because I know that’s exactly Botham would want you to do.”
Thursday, Jean’s father, Bertrum, told CNN that while he wishes Guyger’s sentence would have been stiffer, he accepts the jury’s decision.
“I felt the same way as Brandt. I wish I could’ve extended that same courtesy,” he said. “That’s what Christ would want us to do. … If you will not forgive, neither will your Father forgive you. I don’t want to see her rot in hell. I don’t want to see her rot in prison. I hope this will help her to change and recognize the damage, the hurt that our family’s going through. So I wish her well and I will pray for her family and pray for her as well.”
Wednesday was a difficult day from beginning to end as family and friends sought to shine a light on a life that was lost and another that was destroyed. Jean’s best friend described him as her “absolute person” and his father openly wept on the witness stand, talking about the loss of his son. Speaking on Guyger’s behalf, a fellow officer listed her acts of selflessness and a former cocaine addict attributed her recovery to Guyger.

‘What’s really in her heart’

In closing arguments, prosecutors and the defense split on whether this was a case of a woman with prejudice or a public servant who made a terrible mistake.
Prosecutors introduced Guyger’s controversial text messages and Pinterest activity.
“They show what’s really in her heart,” one prosecutor told the jury. She argued the texts illustrated how Guyger was “mocking” the death of Martin Luther King, Jr. while lamenting how long she had to work a MLK Day parade. 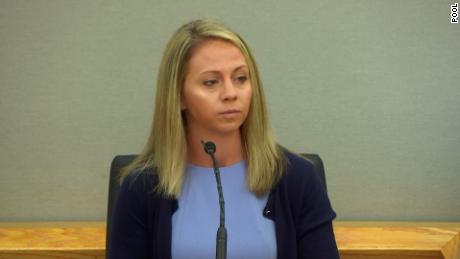 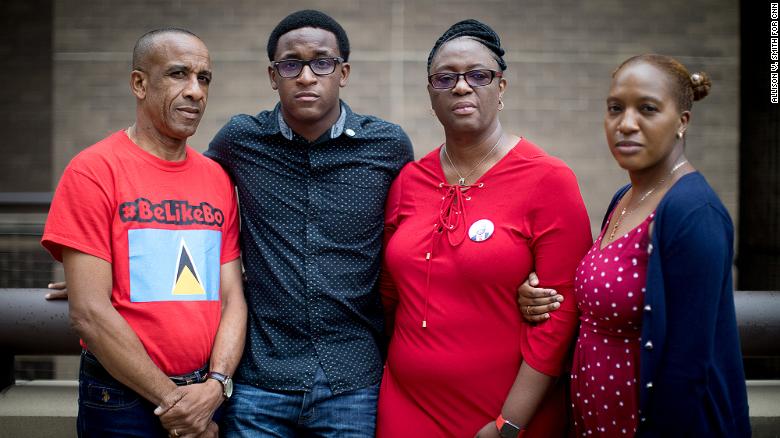 Prosecutor LaQuita Long ended with text on a screen from one of Jean’s pastors, who said recently: “To the defendant, he was just a silhouette in a room. To everyone who knew Botham, he was the brightest light in the room.” It was a reference to Guyger’s testimony, when she described seeing Jean in his apartment for the first time, saying she only saw a silhouette.
The defense urged the jury to look at 31-year-old Guyger’s life as whole — her years-long dream of becoming a police officer and how she “put her life on the line every day” at work — rather than snapshots of life through texts or social media comments.
Defense attorney Toby Shook acknowledged there have been police shootings in which police get off when they shouldn’t have, but he asked the jury not to bring their opinions into the deliberations.
“This case is not those cases,” he said.
“This event wasn’t planned,” he said. “This was so unique, you’ll never see it again.”

For the sentence, prosecutors had urged the jury to choose no fewer than 28 years, the age Jean would have turned on Sunday. The defense team asked them to consider Guyger’s life and service as a police officer.
The jurors had to choose between five and 99 years or life in prison. They made their decision in less than 90 minutes.
The room was silent when the judge announced the 10-year sentence. After the jury left, the Jean family sat silently, almost shell-shocked. The prosecution team also largely sat quietly, looking surprised themselves. Guyger was quickly escorted away.
Shouts of “no justice, no peace” could be heard in the hallway. Protesters were pushed back away from the courtroom farther down a hallway, and Guyger’s family was escorted out a secure pathway.
Lead prosecutor Jason Hermus walked over to the Jean family in the silent, mostly empty courtroom after the sentence.
“I’m sorry,” he said. “I can’t explain that.”
Jean’s father shook his hand. “You fought a good fight.”

‘This is where you start’

Brandt wasn’t the only one who sought to comfort Guyger.
In another shocking moment, Judge Tammy Kemp — who gained national attention for her strict and stern style in the courtroom — also approached Guyger. She brought her Bible.
“You can have mine. I have three or four more at home,” she said. “This is the one I use every day. This is your job for the next month. It says right here. John 3:16. And this is where you start. ‘For God so loved the world, that he gave his only begotten Son, that whosoever believeth in him should not perish, but have eternal life…'”
Allison Jean talked to reporters about her hope for Guyger’s time in prison.
“That 10 years in prison is 10 years for her reflection and for her to change her life,” she said.
Source: CNN