At 28 years old, DJ Jus is one of the leading DJ’s spinning out hits in this industry. DJ Jus landed his first major DJ’ing experience when he was scouted out by super producer and rapper Jermaine Dupri, which landed him the opportunity of working as the DJ for the highly anticipated and reviewed Scream Tour’s 1 and 2. His 26 years of working hand in hand with some of hip hop’s biggest celebrities such as: Bow Wow, Snoop Dogg, Chris Brown, Nelly, Trey Songz, Day26, Alicia Keys, and many more has landed him the title of being a young veteran in the game.
His close affiliation with Bow Wow, has made him one of the official DJ’s for the industry’s top heavy hitting record label, SO SO DEF/YMCMB. DJ Jus’s experience and years served in hip hop has made him more than just the average DJ. As impressive as he is on the 1’s & 2’s, DJ Jus has put in work on the big screen making him an invited member of the Screen Actors Guild (SAG). His on screen work has given him opportunities of working side-by-side with Meryl Streep, Angela Bassett, and Mary J. Blige.
DJ Jus’s work here in America has transpired to many countries overseas making him a household name and hip hop figure in: Europe, Africa, Germany, Australia, and many other countries. Recently, DJ Jus was the headlining DJ for Radio-One’s Spring Fest in Miami (2010) along-side Chris Brown, Rick Ross, Trey Songz, Keri Hilson, Travis Porter, Lloyd, and more. DJ Jus is making new strides in his career with joining NYC’s Da Union DJs @dauniondjs : DJ Self power 105, love & hiphop NY) DJ Superstar Jay(2015 Global Spin Awards Mixtape DJ of the Year, Sirius XM radio) DJ Snatch 1(WBLS NYC) & more.
Jan 03, 2016, DJ Jus landed the #M12 #BuiltForMore Campaign. New York Knicks NBA star, Carmelo Anthony signature sneaker release. Jus was selected as 1 of 12 influencers to have a billboard on 34th street(times square, NY) for the campaign bought to you by Jordan Brand. Currently, Jus is still working and pushing forward. He’s building his brand as well as staying relevant in the NYC clubs. Also, he’s still touring and traveling the world. 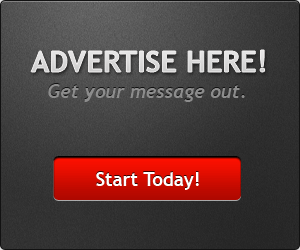