Being told “you have a voice for radio” her whole life, Barbara began her radio career in 2006 and later became known as Roxie Digital. Roxie is currently on air at 93.5FM NY’s Caribbean Voice, Adjunct professor at Iona College in New Rochelle, and Doctoral student at her alma mater, St. John’s University Queens Campus. Intrigued by storytelling and connecting with people, she used her platform and
powerful voice to inspire others oﬀ the airwaves through founding her own non-proﬁt called the Self-I-See, and co-founded an initiative called the
#NoDisrespectCampaign. Self-I-See focuses on language positivity, strengthening self awareness and fostering cultural pride in the classroom, while the
#NoDisrespectCampaign focuses on self respect and respect for others in and out of the classroom. From the legendary WWRL 1600AM to WBLS 107.5FM, she used the power of these brands to build up her own and become one of the most sought out NYC event host, keynote speaker, and leader in community activism. Growing up in a strict Caribbean household, Roxie proudly embraces her culture and uses that proud to catapult her into her lifetime work of owning media in her family’s native country of Haiti.

In 2017, Roxie was awarded a citation from the Brooklyn Borough President, Eric L. Adams recognizing her work with her initiative the #NoDisrespectCampaign motivating her work with youth in public speaking and entrepreneurship, and leading to the creation of her own nonproﬁt called “Self-I-See.” Additionally, Roxie is a recipient of the Power Women in Business, Top 25 Women in Sales and Marketing and Rising Star B.E.L.L (Bring Excellence at a Local Level) Award. Roxie’s dedication and activism landed her several new professional opportunities this year including on air TV projects as a co-host on Cheers To Harlem with Mama Jones, working exclusively with Job and Business Academy at the Queens Public Library Central branch in Programming and Outreach as a workshop facilitator, and the newest member of the United Nations Association-USA Brooklyn Chapter.
Roxie holds two Masters degrees from the New School University in both Media Studies and Organizational Change Management, and with her current role as Doctoral Student of Instructional Leadership at St. John’s University Queens Campus also where she also received her bachelor’s degree in Communication Arts and Linguistics, her goal is to expand on educating global entrepreneurship in the areas of media, cultural responsiveness and engagement, and curriculum development. Furthermore, Roxie is a former on air personality with 95.5 PLJ and Radio 103.9 with Cumulus Media New York and has 15+ combined years of experience in the radio and public speaking arenas. 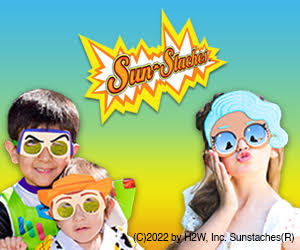